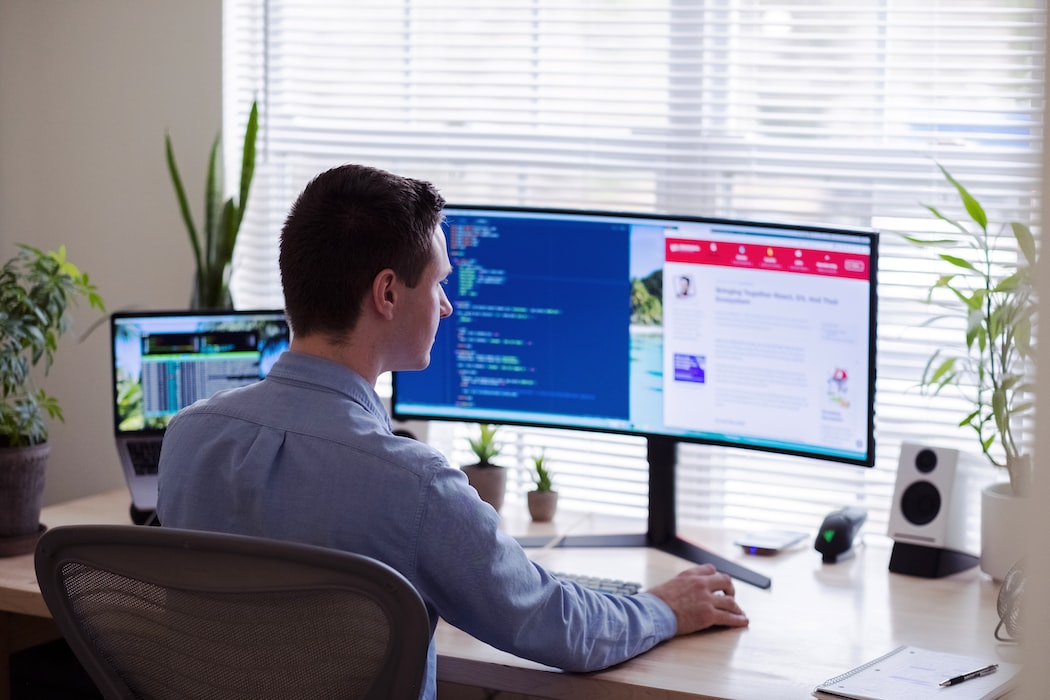 Find Me On Social Media


What It Takes To Be A Developer


According to US NEWS...

Web developers are computer programmers who build websites, web applications and other online experiences. So if a website looks great and operates as it should, the web developers working behind the scenes are probably doing their jobs well.
In this guide, we discuss what it takes to start, grow and flourish as a web developer.

What Is Web Development and What Do Developers Do? Web development is a computer programming discipline focused on building internet applications. While many people think of applications as software that runs directly on your computer – a web browser, an email client or an office client – everything online is considered an application, including this website. Web developers write programs that make it all happen, from the visual interfaces users interact with to the servers that store and serve information. Depending on individual focus, a web developer may be responsible for anything in that process, like how a website looks or functions or ensuring its accessibility. Nathan McMinn, technical co-founder at Conserv, an art collection environment monitoring startup, believes web developers have a higher calling beyond pure function. “Web developers are responsible for building web applications that you interact with and making those experiences absolutely delightful,” McMinn says. “If you’re not delighting customers, you’re doing it wrong.” read more..

What Technologies Do Developers Use?


That question depends on what stack they're using, and what is flexible enough to work. Lot of stacks, if not all of them qill require JavaScript and Sass or LESS knowledge for the front end, and the back end is hard to say. I have seen companies look at C#, php, Node, Pure JavaScript, C++(dying language), Python, and few others.
Some of the Noteable popular ones are LAMP, MEARN, JavaScript, and Python. Popular front ends are Vue.js, React.js, Angular.js using Material UI with Bootstrap5. The original Bootstrap included jQuery but the new version doesn't include it in the library, making it lighter wiehgt on browsers. Speaking of, you may want to consider using Gulp.js and Bower.js
Not only is it inportant to make the site look beautiful and very inventing to consumers but also lightweight on the web. No one wants the spinning circle of death looking back at them. Making everything ASYNC will help whereever it is possible and actually needed. Some tasks may Need SYNC instead.

Backing Up Your Work


Now that you completed all that code and made something to be proud of, where do you put? STore it in a hard drive? Let it build on your PC? Wouldn't it be nice if there was a cloud somewhere to store all that info? Well, there is. It's called Github. A cloud for developers to store all of there awesome projects and share their profile with potential recruiters. Some code editors offer the ease of backing up by auto detecting when changes are made to a git repository, and by that I mean Visual Studio Code and Atom OI. They work wonderful with Github and I use both of those. Apart from using Visual Studio Community 2019 for server apps and premade stacks such as asp.NEt core, Bottle, React with Redux, Vue, Angular, and hundreds more.


Now although there are a lot of schools out there, and once you look at their course curriculam you will see what languages they teach and how long it is. Some botcamps are 12 weeks, 9 weeks and offer finabncing options. I suggest that you research the company you want to work for and search an open position with "web developer" into the search fields. Location doesn't matter for now, you're just finding out what the requirements for the job are. Once you find that, start searching on schools. There is Bottega University, TrueCoders, CodePlatoon, Texas A&M, University of Phoenix, PluralSite, Web Developers such as codingwithmosh.com, that offer courses. But how do you prefer to learn? Do you need someone there to guid you, can you learn by reading, are you more hands on than the other?
So choosing the right school and not just jumping into on is important as well. Once you found the right school, you did your homework, and now you're ready to start. Just remember the reason why you started, your ultimate goal, and remember that we all hit learning curves. There will be a point were you keep climibing and climbing, then you start levelling out. You feel like you can't learn any more. When you get to that point, learn some back end languages to apply to what you already know and understand how they work together. To stay on the path you have to remain active in it and add a little something from time to time. Take a break and come back to it, no more than a day if you get really burned out. If free is what you're after, I recommend W3Schools. You can pay for certifications but to learn from their content is absolutely free.

I once heard of a developer that he worked as a fullstack and kept the programs running and the checks on their systems were always good. He probably created an array with a loop but he played video game sat work instead of actually working. That happened for a few years and one day he was told to update their software that they are currently using. Unfortunately for him he forgot how to code!!! Lesson being, always practice or read on coding, never spend too much time from it.


This task can seem daunting and everyone wants to make the best profile to really stand behind their work and knowledge. A good profile should show your recent projects, projects currently being worked on, and about your history. So it is actually an online resume that should also include a downloadable file(your resume), as well. Their are lots of templates you can use if you rather focus all of your time with creating projects for school or freelancing. Depending on your flavor, there are some examples below and a link to their site to get the downloads.

After you downloaded it and played around with it, get the feel of how the code is put together, the structure of the file. When you open the folder with a code editor, and depending on what you use, the files will appear on either left or right side. I refer to that as the scaffold. It's really important to maintain a naming convention and be consistent. Thus, images go into images folder, that should be in the assets folder because it is the project's asset. Along with css and javascript files as well. When it comes to images to use, I recommend a site called Unsplash.